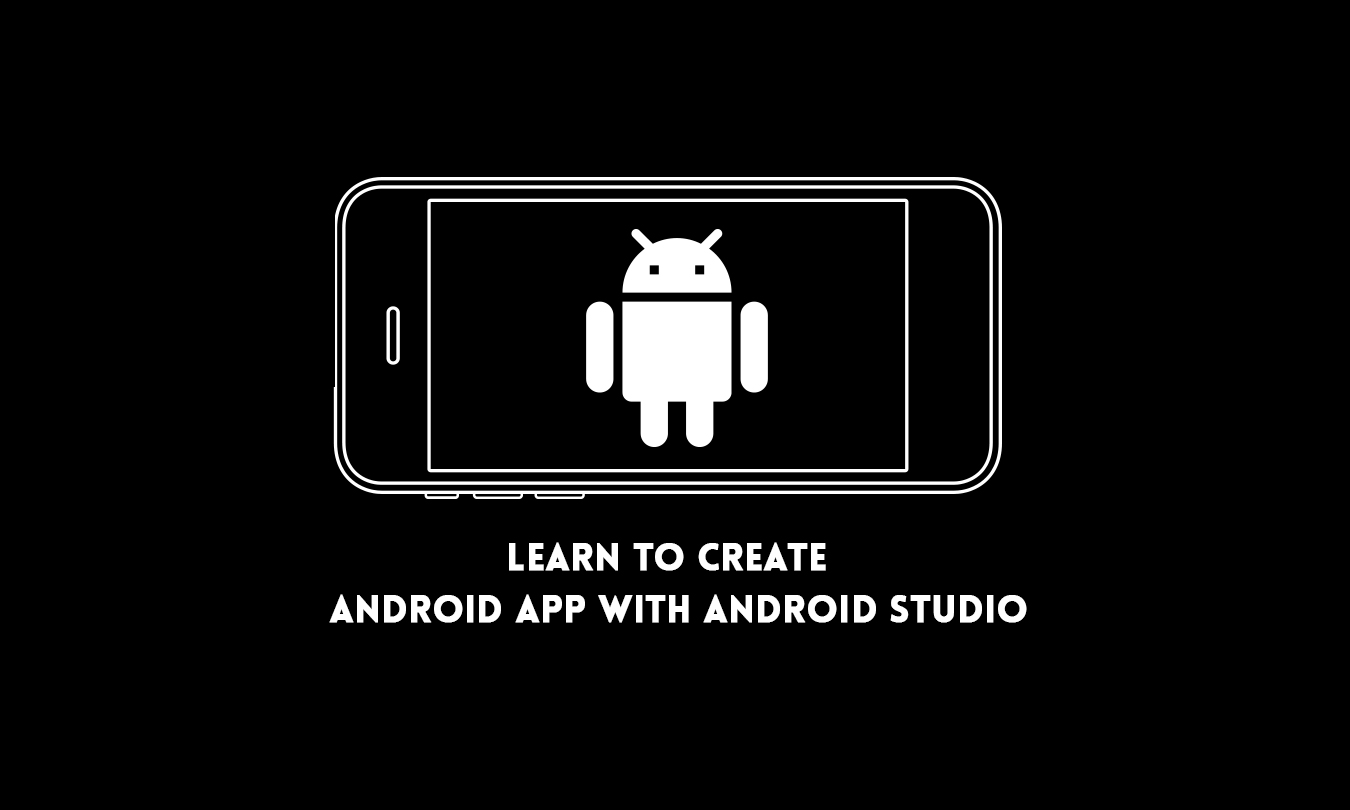 Android is an open-source operating system based on Linux with a Java programming interface for mobile devices such as smartphones (Touch Screen Devices who supports Android OS) as well for Tablets too.

Generally to build an application for Android we should have Java Development Kit (JDK), Android SDK, and a development environment.

The Android SDK is compatible with Windows, Mac, and Linux operating systems to build android applications based on our requirements.

By downloading Android Studio directly from Google’s website to set up we can quickly set up the development environment.

2. The initial android studio setup screen will open like as shown below in that click Next to continue for further steps of environment setup.

3. Now we need to select a required component to set up an android environment. Here we selected all three components and click Next.

4. Now we need to agree to the License agreements to proceed further, click on I Agree on the button.

5. Now we need to specify the local machine drive location to install Android Studio and Android SDK. After selecting the location path to install required components, click Next.

7. Once we agree to the Install button the installation process will start and click Next after completion of installation.

8. After that, it will show the installation fulfillment wizard in that click Finish to launch the android studio.

9. While launching Android Studio it will provide you an option to import settings of the earlier version of the studio. In case if you don’t have any earlier version, select the second option and click OK.

10. Now android studio will open a welcome wizard window in that click Next to confirm our current Android SDK and development environment setup.

11. Now select a Standard installation type and click Next to install common settings and options.

13. After completion of required components installation click on Finish.

14. After fulfillment of all required components installation, we will be able to see the Android Studio welcome window.

There are following four main components that can be used within an Android application.

1. Click on Android studio icon, it will show screen as shown below

Here we’re going to choose the New Project option because we haven’t created any other project and we need to create a new one. So, we will select the New Project from the given options.

If we select Open Project from the list of options, we can open projects created with either Android Studio or IntelliJ IDEA.

Check out from Version Control, we can check out a copy of a project that’s under version control. This is a great way to quickly get up to speed with an existing project.

2. We have to mention our Project’s name, Company domain and Project location (we called it the main path where this application will be saved) because the Package name will be created automatically as we create the project in Android Studio.

4. After choosing the “Activity” for our application, then click on the “Next” button and it will take you to the next screen.

5. Here we can see that the Activity i.e. EmptyActivity which we selected in the previous section and the java file name i.e. “MainActivity”. Now we are ready for the final step, just click on the “Finish” button and it will take you to the main page where we have to do the coding and create new layouts over there.

The UI of our application will be designed in this file and it will contain Design and Text modes. It will exist in the layouts folder and the structure of the activity_main.xml file in Design mode.

Android Manifest File (AndroidManifest.xml)
Generally, our application will contain multiple activities and we need to define all those activities in the AndroidManifest.xml file. In our manifest file, we need to mention the main activity for our app using the MAIN action and LAUNCHER category attributes in intent filters (). In case if we didn’t mention the MAIN action or LAUNCHER category for the main activity, our app icon will not appear in the home screen’s list of apps.
Read more

To run android applications we need to click on Run button

After clicking on play button new window will open in that select Android Virtual Device (AVD) and click OK like as shown below.

In case if you are not able to see any virtual device, then you need to create a virtual device to run your application for that you can follow this step:

2. Select the required device type and Click Next to create a virtual device.

Now our android hello world application will show the result

1. Java
This contains the .java source files for your project. By default, it includes a MainActivity.java source file having an activity class that runs when your app is launched using the app icon.

2. res/drawable
This is a directory for drawable objects that are designed for high-density screens.

3. res/layout
This is a directory for files that define your app’s user interface.

4. res/values
This is a directory for other various XML files that contain a collection of resources, such as strings, colors, animation, etc.

5. AndroidManifest.xml
This is the manifest file which describes the fundamental characteristics of the app and defines each of its components.
Read more

6. Build.gradle
This is an autogenerated file which contains compileSdkVersion, buildToolsVersion, applicationId, minSdkVersion, targetSdkVersion, versionCode and versionName

onCreate()
This is the first callback method and it fires when the system creates an activity for the first time. During the activity creation, activity entered into a Created state.

Once onCreate() method execution is finished, the activity will enter into Started state and system call the onStart() method.

After completion of onStart() method execution, the activity enters into Resumed state and system invoke the onResume() method.

onResume()
This is called when the user starts interacting with the application.

The app will stay in this Resumed state until another activity happens to take focus away from the app like getting a phone call or screen turned off, etc.

In case if any interruption events happen in Resumed state, the activity will entered into Paused state and the system will invoke onPause() method.

After an activity returned from Paused state to Resumed state, the system again will call onResume() method due to this we need to implement onResume() method to initialize the components that we release during onPause() method

If any interruption happens in Resumed state, the activity will be entered into Paused state and the system will invoke onPause() method.

After completion of onPause() method execution, the next method is either onStop() or onResume() depending on what happens after an activity entered into a Paused state.

onStop()
The system will invoke onStop() callback method when an activity no longer visible to the user, the activity will enter into the Stopped state. This happens due to current activity entered into Resumed state or newly launched activity covers complete screen or it’s been destroyed.

The onStop() method is useful to release all the app resources which are no longer needed to the user.

The onRestart() callback method in android activity will always be followed by onStart() method.

onDestroy()
The system will invoke onDestroy() method before an activity is destroyed and this is the final callback method which received by the android activity.

The system will invoke this onDestory() callback method either the activity is finishing or system destroying the activity to save space.

The onDestroy() method will release all the resources which are not released by previous callback onStop() method.

Android Intents
In android, Intent is a messaging object which is used to request an action from another app component such as activities, services, broadcast receivers, and content providers.

Intent Types
There are two types of intents available in android, those are Implicit Intents and Explicit Intents

In android, Implicit Intents won’t specify any name of the component to start, instead, it indicates an action to perform and it allows a component from another app to handle it. For example, by using implicit intents we can request another app to show the location details of the user, etc.

Using this blog you can build an android application and gain a basic knowledge of android. Thank You. 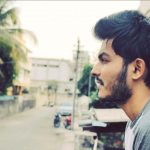 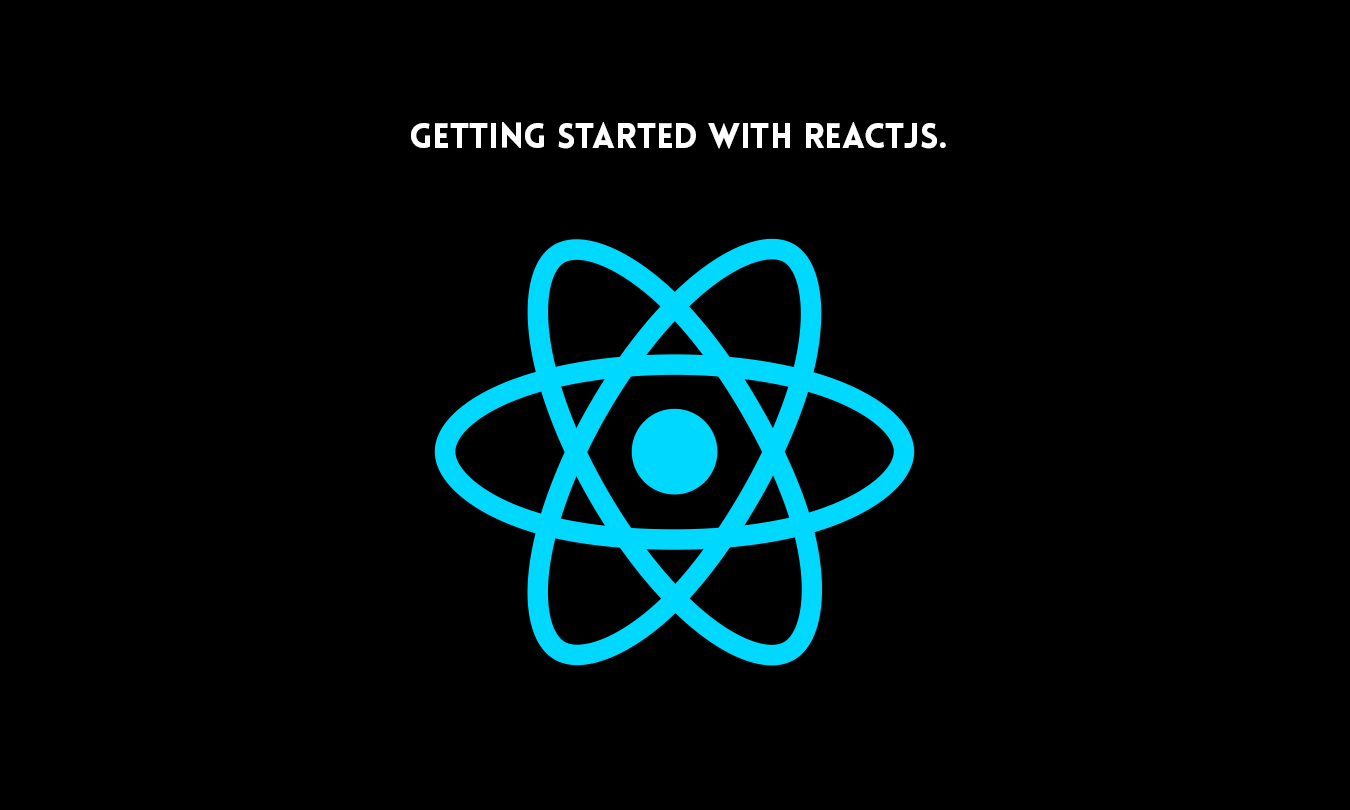 Getting Started With ReactJS

Quick Guide On How Ambiance Light Works With...

With smart home and automation, we need to sense the intensity of light in many appliances. Here we explain a simple implementation of ambient light to sound sensor. 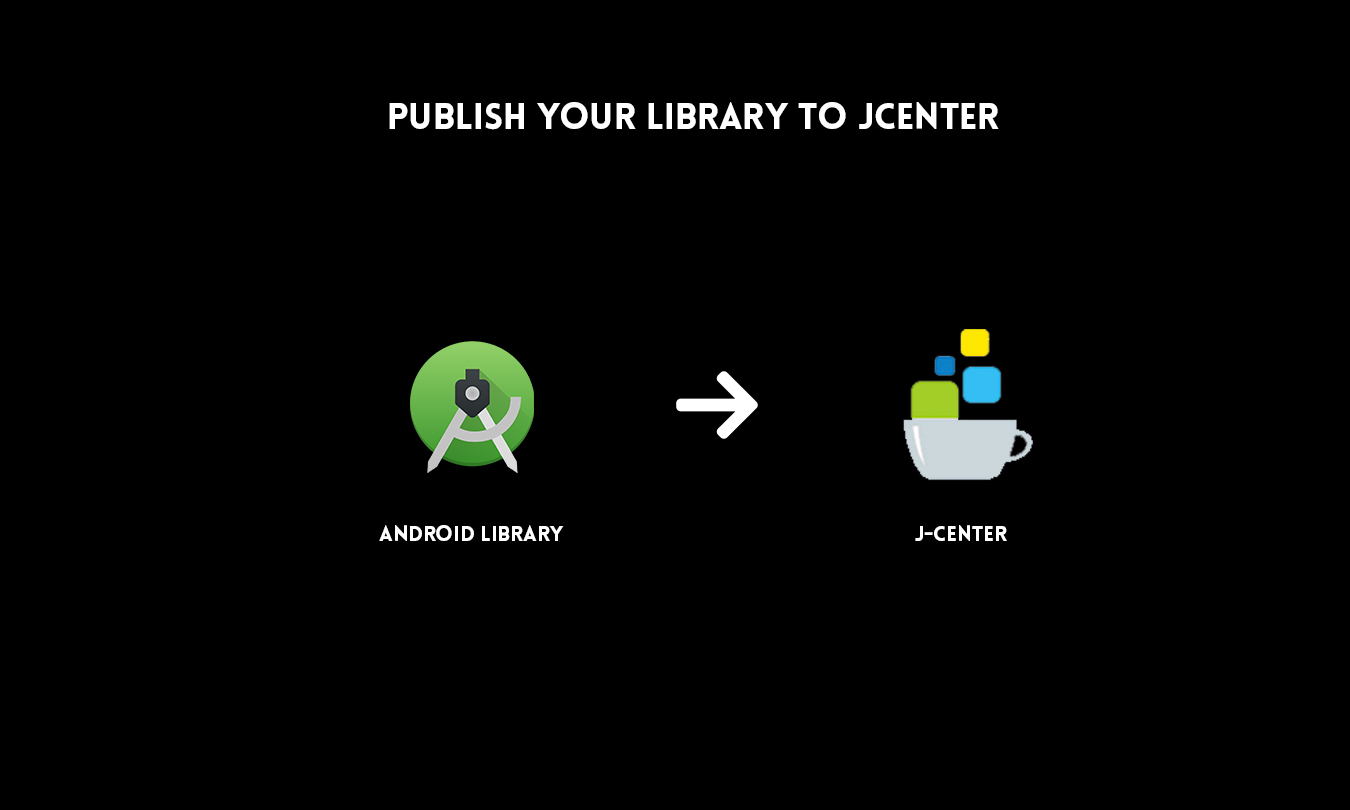 How to publish your library to jCenter

Setup your repository on Bintray. Sign Up for an Open Source Account and check your Android project. Learn more about challenges and how you can publish your library to jCenter. 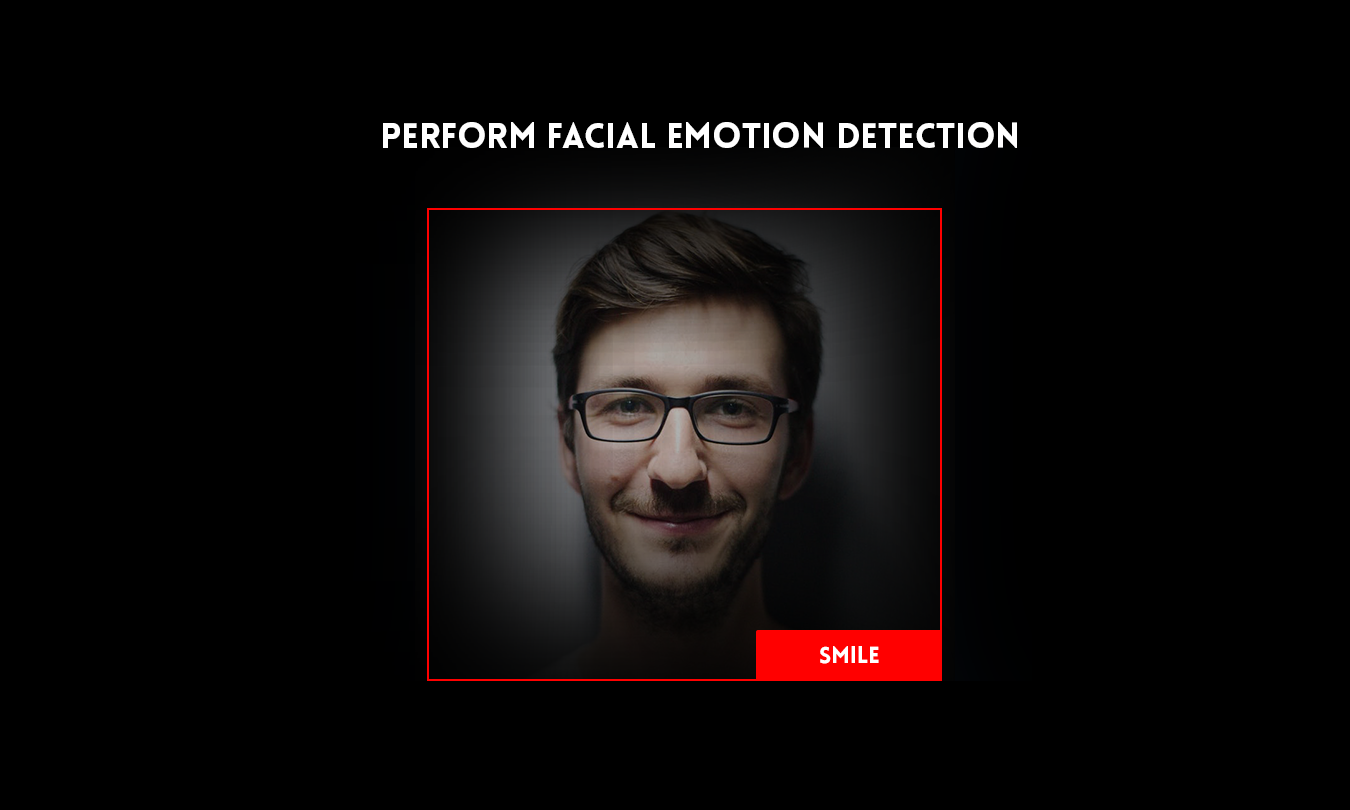 Train and deploy Keras models with TensorFlow on...

Let’s get started in learning how to detect human emotions or what we say face expression recognition using Keras models. 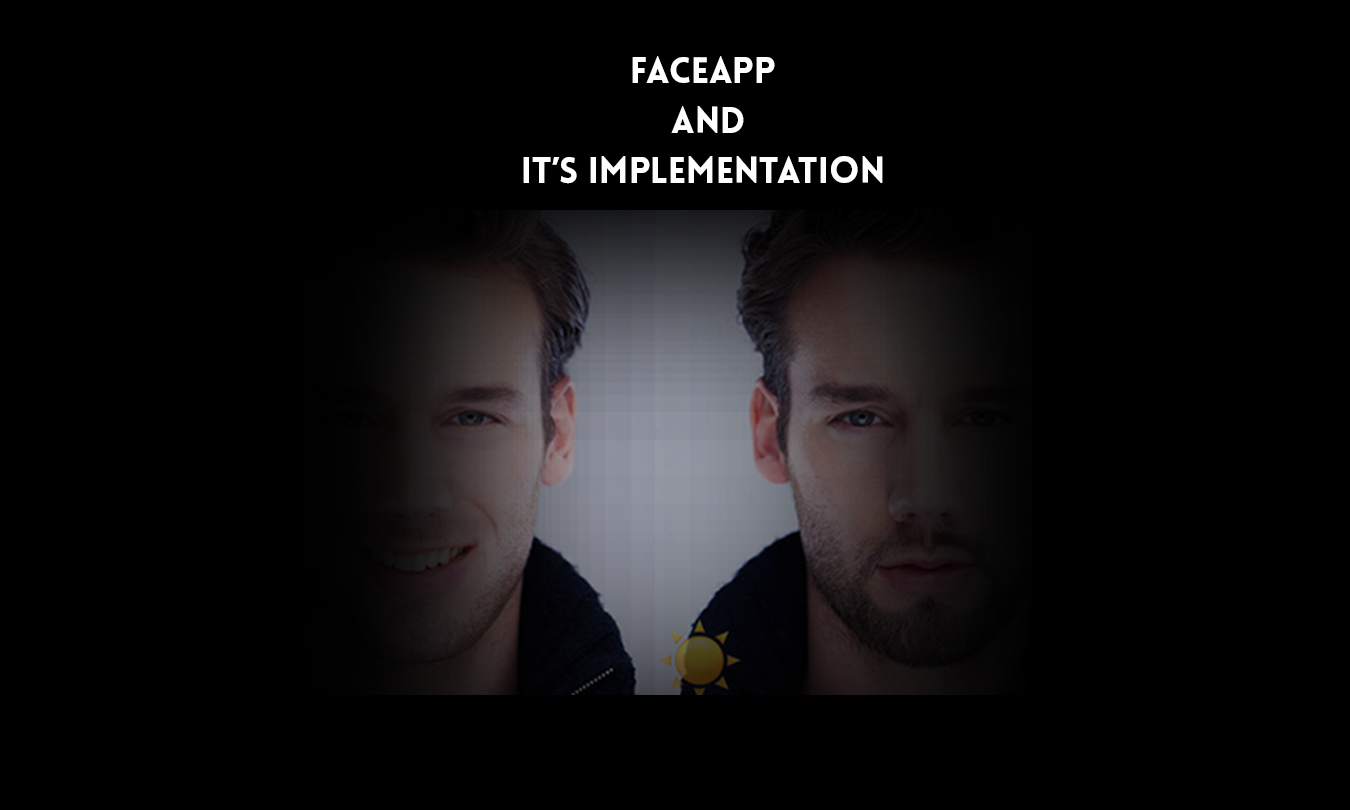 Everything You Should Know About FaceApp & Its...

We’re talking about the one challenge that is trending and its called the FaceApp Challenge. Know how this social media fad uses machine learning and algorithms to produce the result. 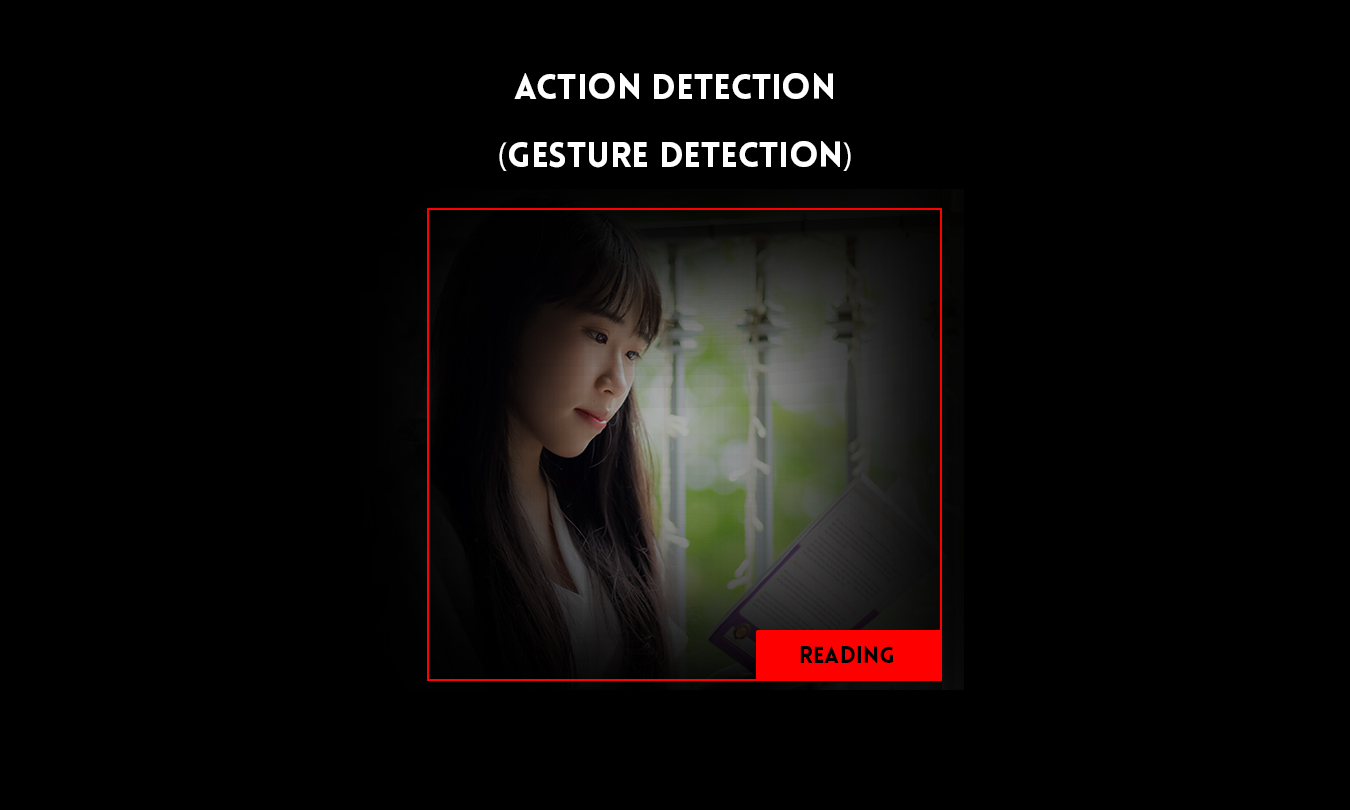 Learn how to build a gesture detection using the Computer Vision approach from scratch – data to making the Neural Network model. 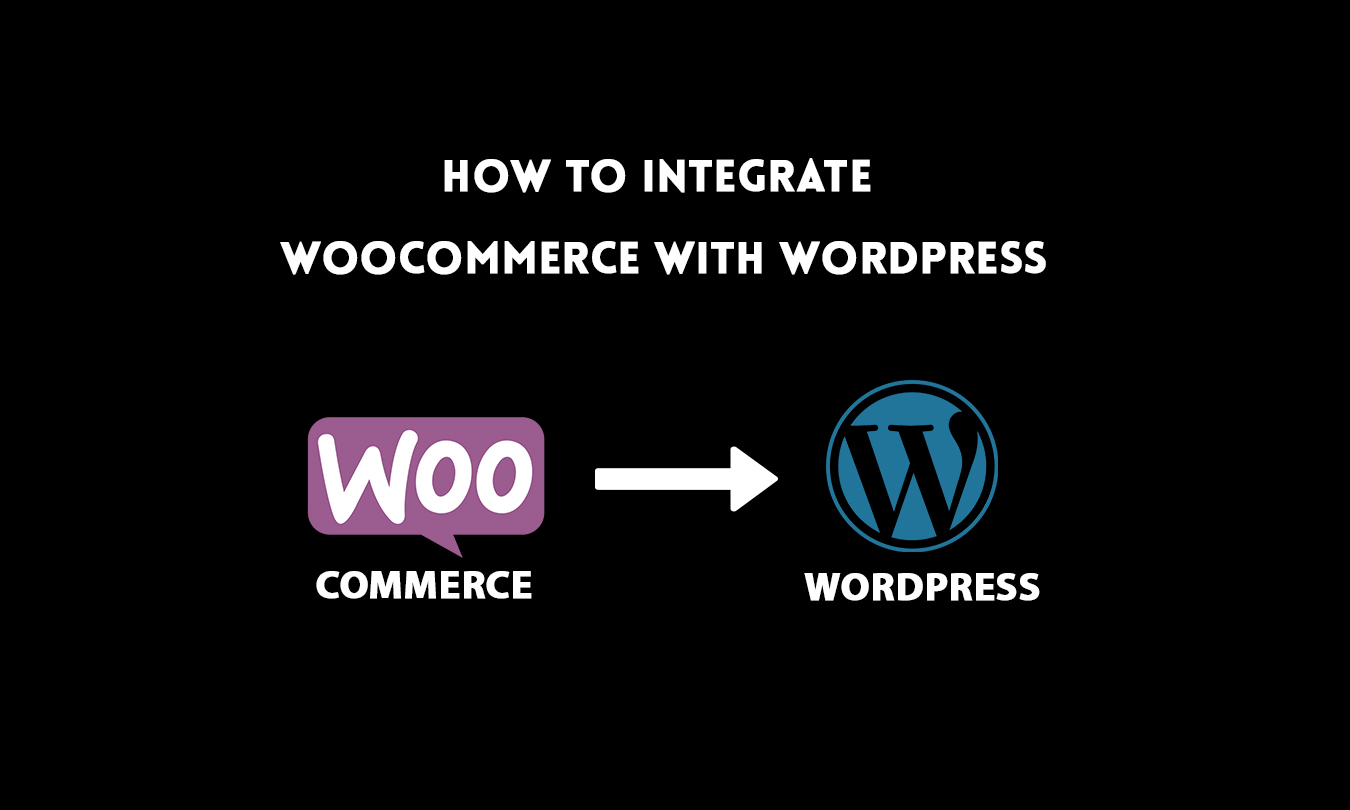 How to Integrate WooCommerce with WordPress

In this guide to integrate Woocommerce with WordPress, we’ll show you how to extend the ecommerce functionality to your WordPress website, it’s installation, minimum requirement and automatic installation. 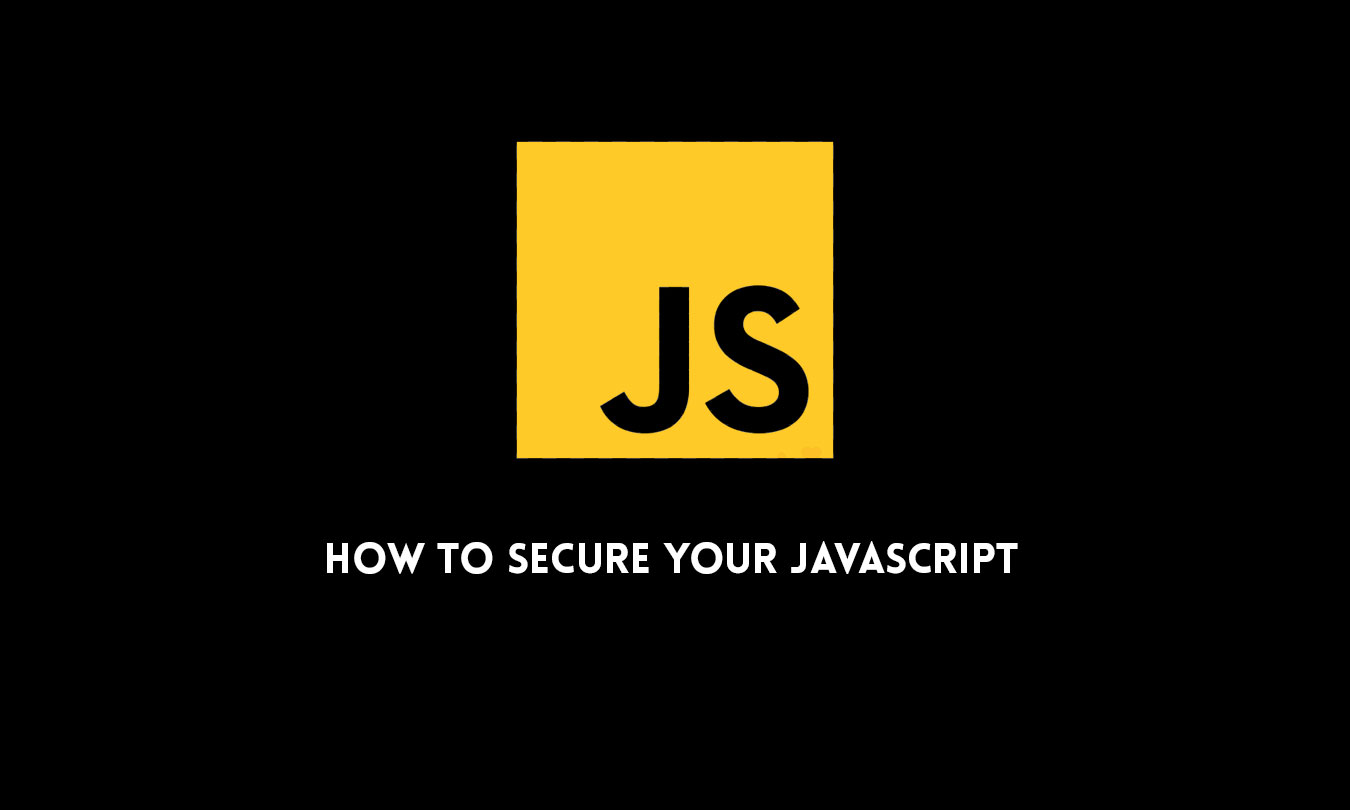 How to secure your Javascript

Learn the basic practice to secure the most important JavaScript. Here is how you can safeguard your based Web application. 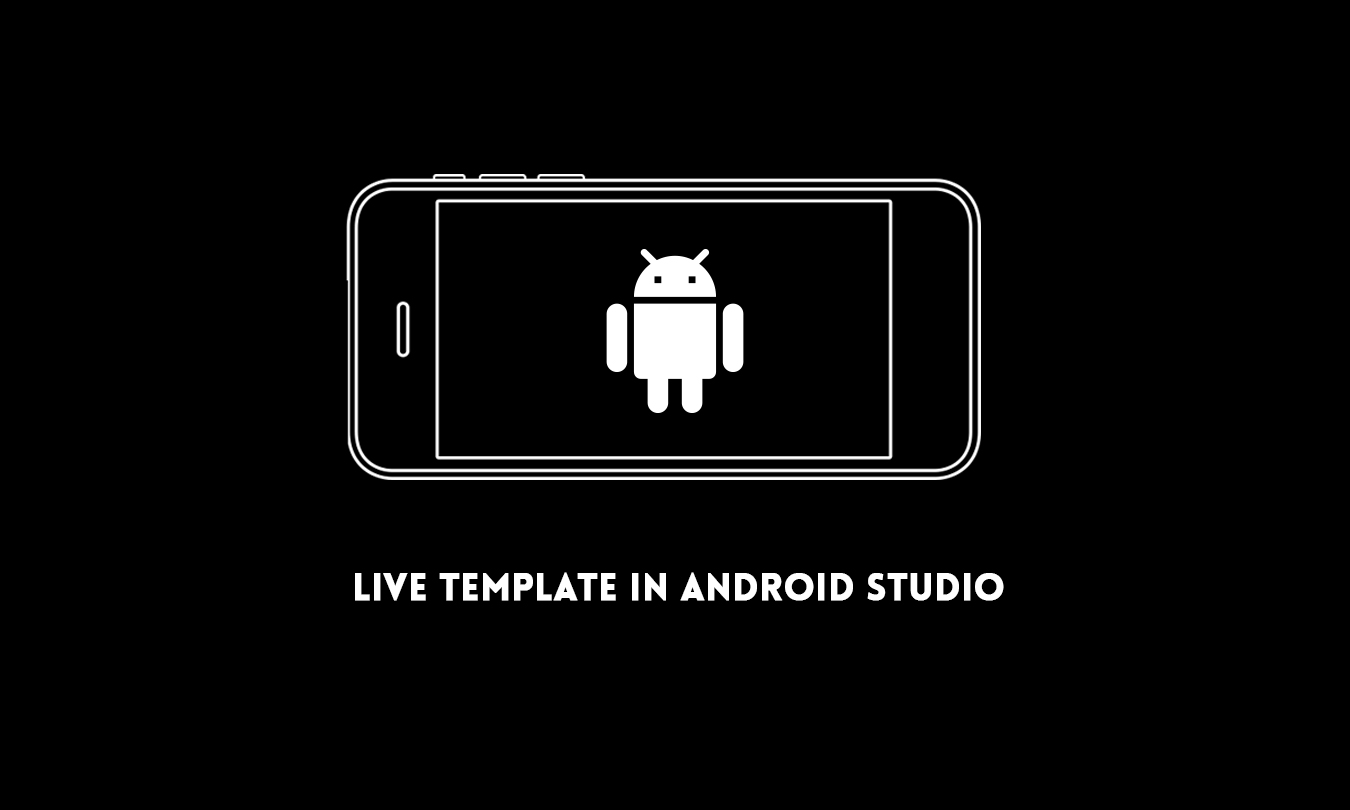 How to create custom Live template in Android...

Unless you’re getting paid for all the keystrokes, you can avoid repetitive codes by creating live templates in Android studio. Read about it… 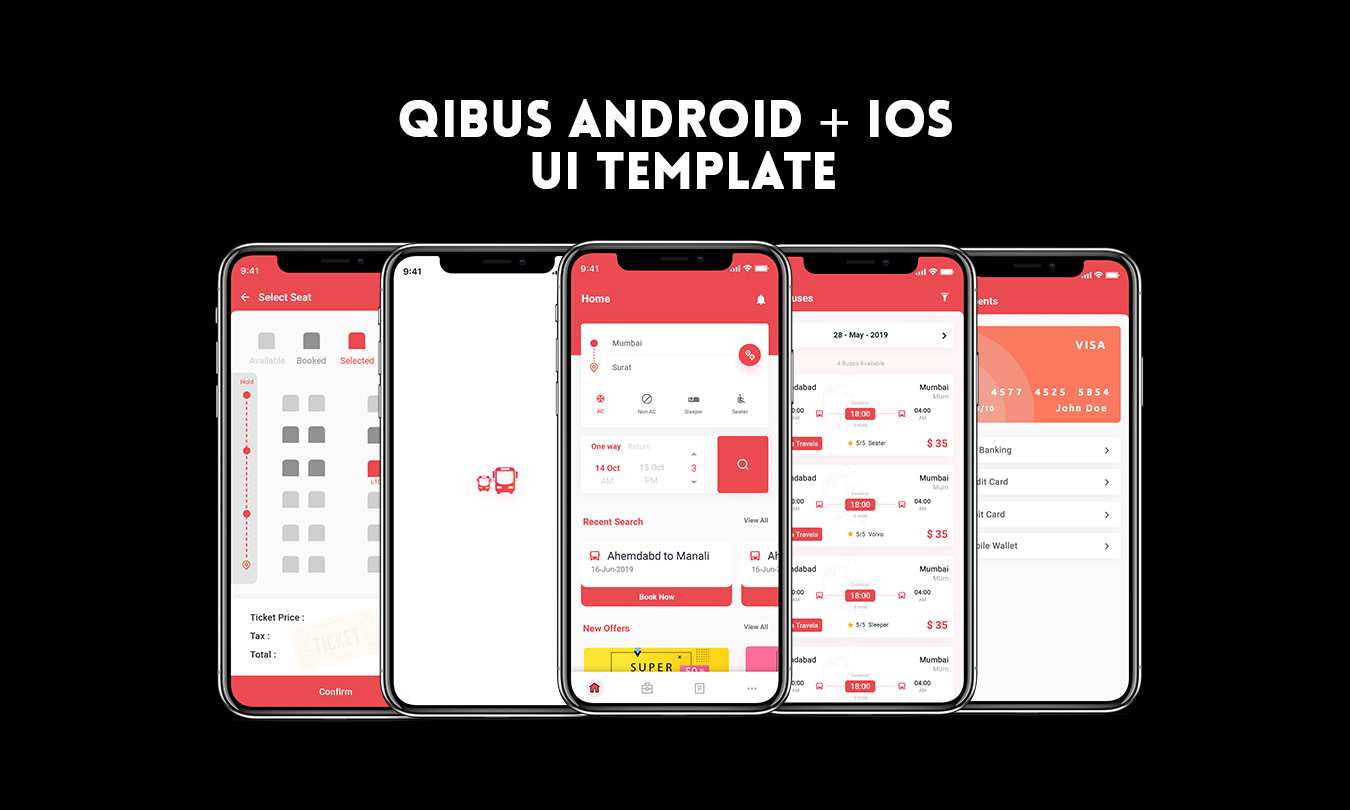 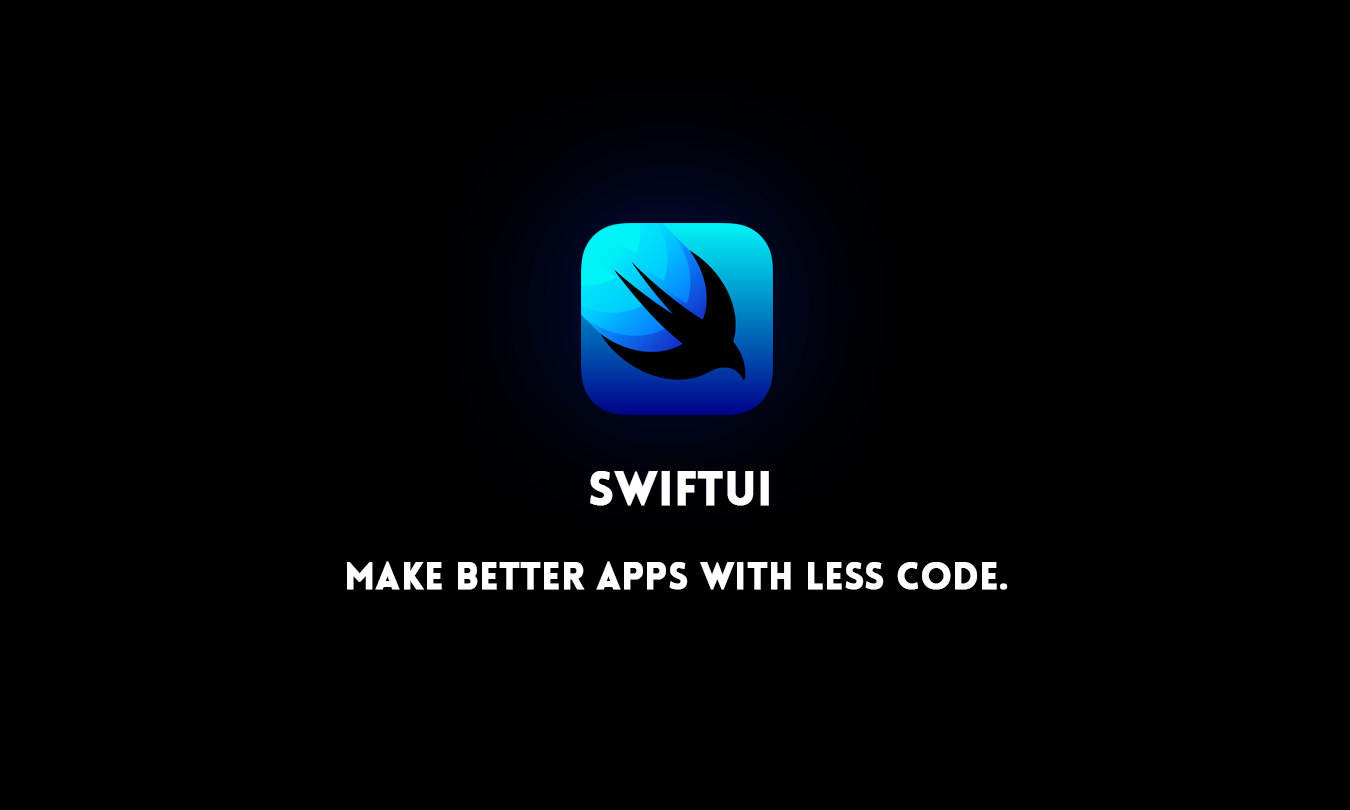 SwiftUI introduces a brand new approach to build User Interfaces for iOS apps. In this post, you learn how to step up a new project and basics of working with SwiftUI.

Have an iPhone or iPad on iOS 11 or 12? Apple’s amazing augmented reality experiences are here for fashion industry. 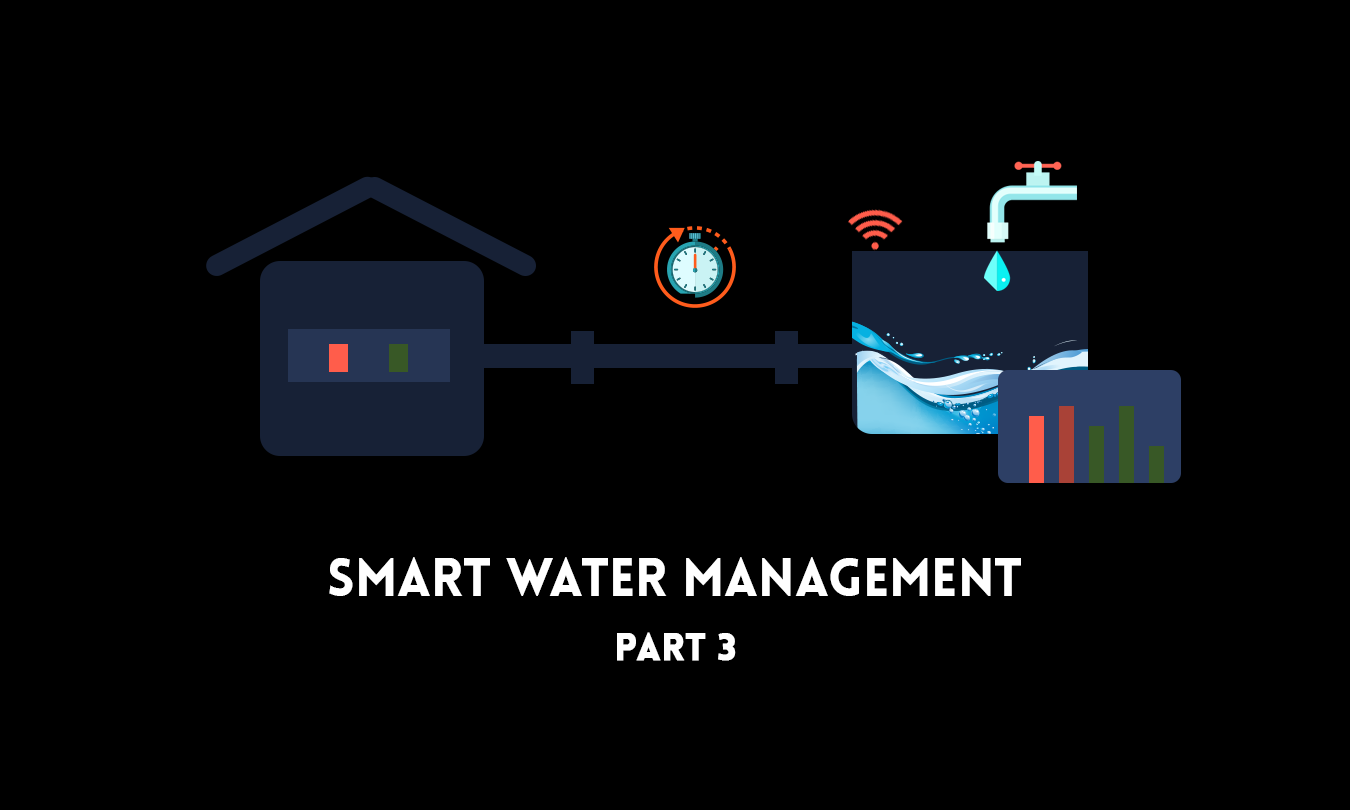 The following steps will help you install, configure, and secure a web page connection to AWS with API gateway and Dynamo DB. Begin building your AWS project now! 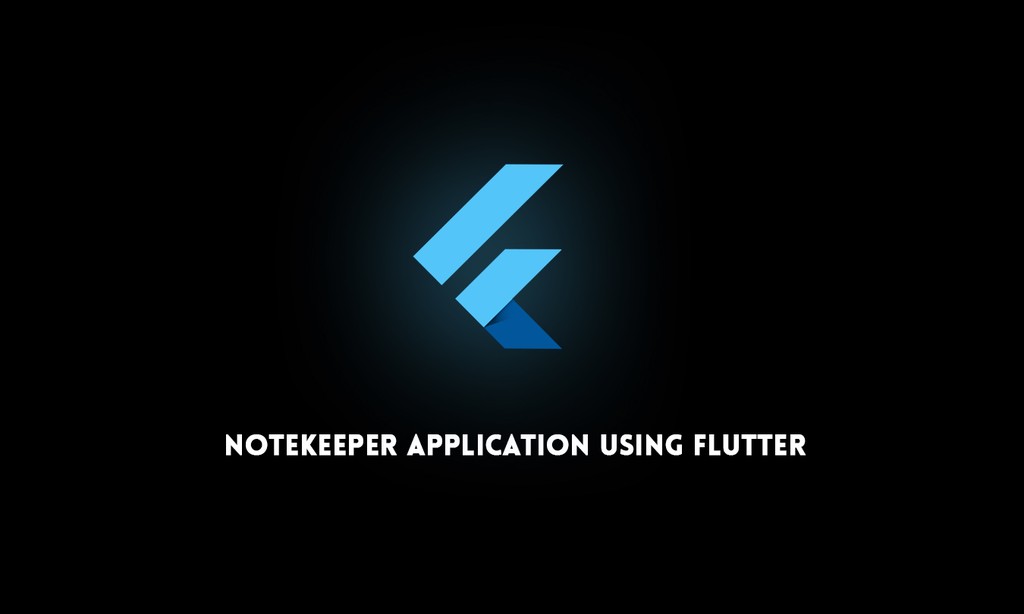 Flutter makes it easy and fast to build beautiful mobile apps. Written in the Dart language and allows ease to Android and iOS App developers. In this guide, we are discussing a step by step process to make a note-keeping app using Flutter.

iOS and Swift for Beginners 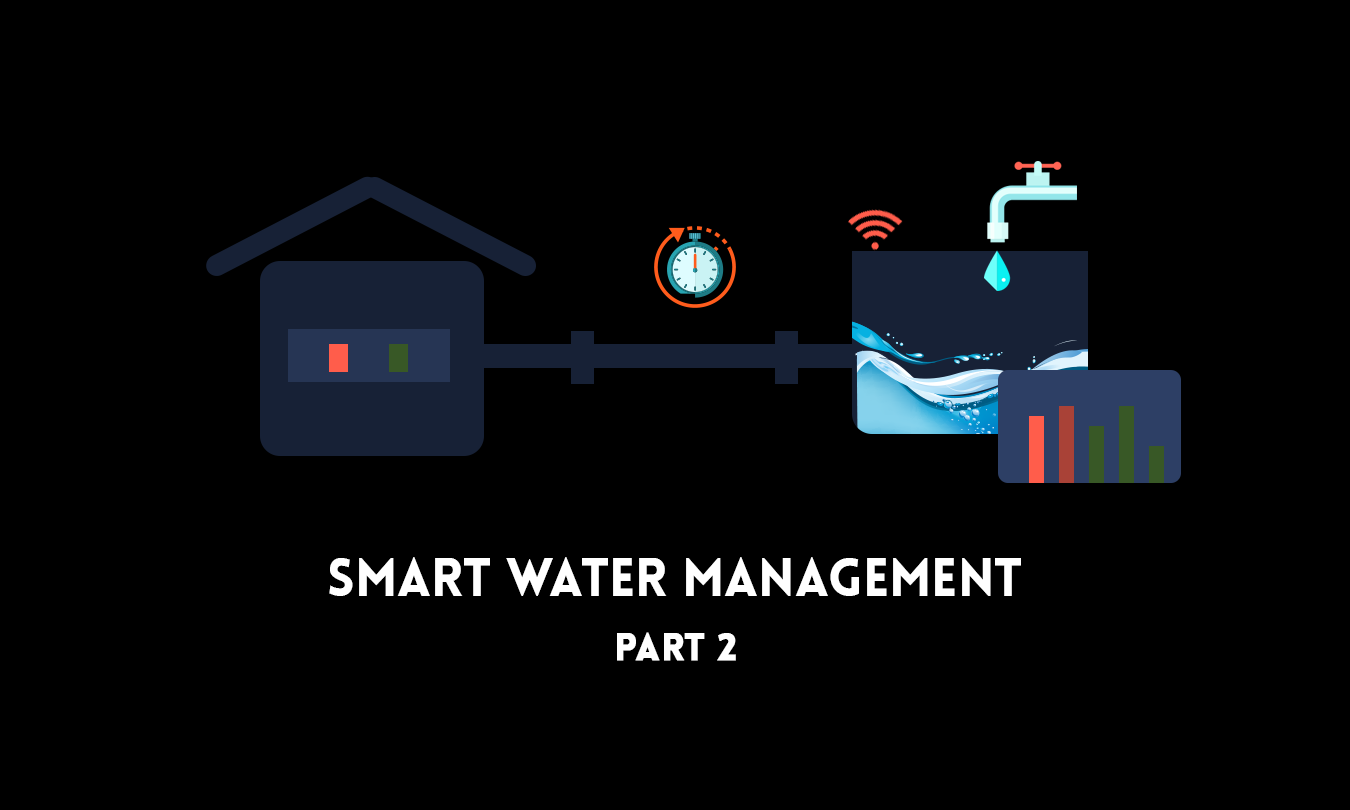 Explore How Future of AWS Greengrass Hinges On...

AWS continues to find unique ways to incorporate different technologies. 2019 is the year AWS goes deeper into the enterprise. And, with DynamoDB, it opens a whole new door of opportunities.

AWS Greengrass with DynamoDB (Part – I)

AWS Greengrass, a service that extends Amazon Web Services functionality to Internet of Things (IoT) devices is now allowing a business to perform data collection and analysis quite closer to its origin. Know all about it in this post. 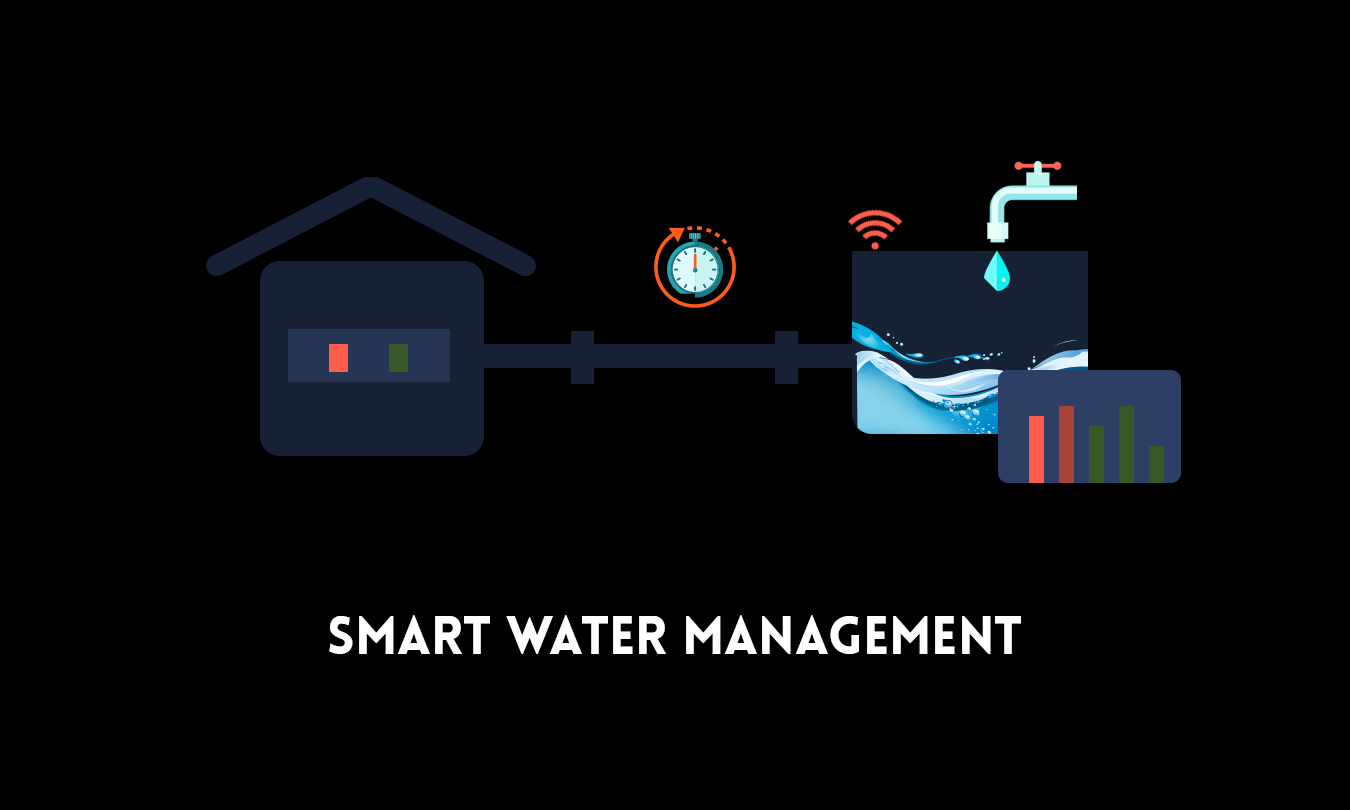 The Internet of Things is associated with almost every luxury in our life. Read how IOT can be put to use for a better water management system. 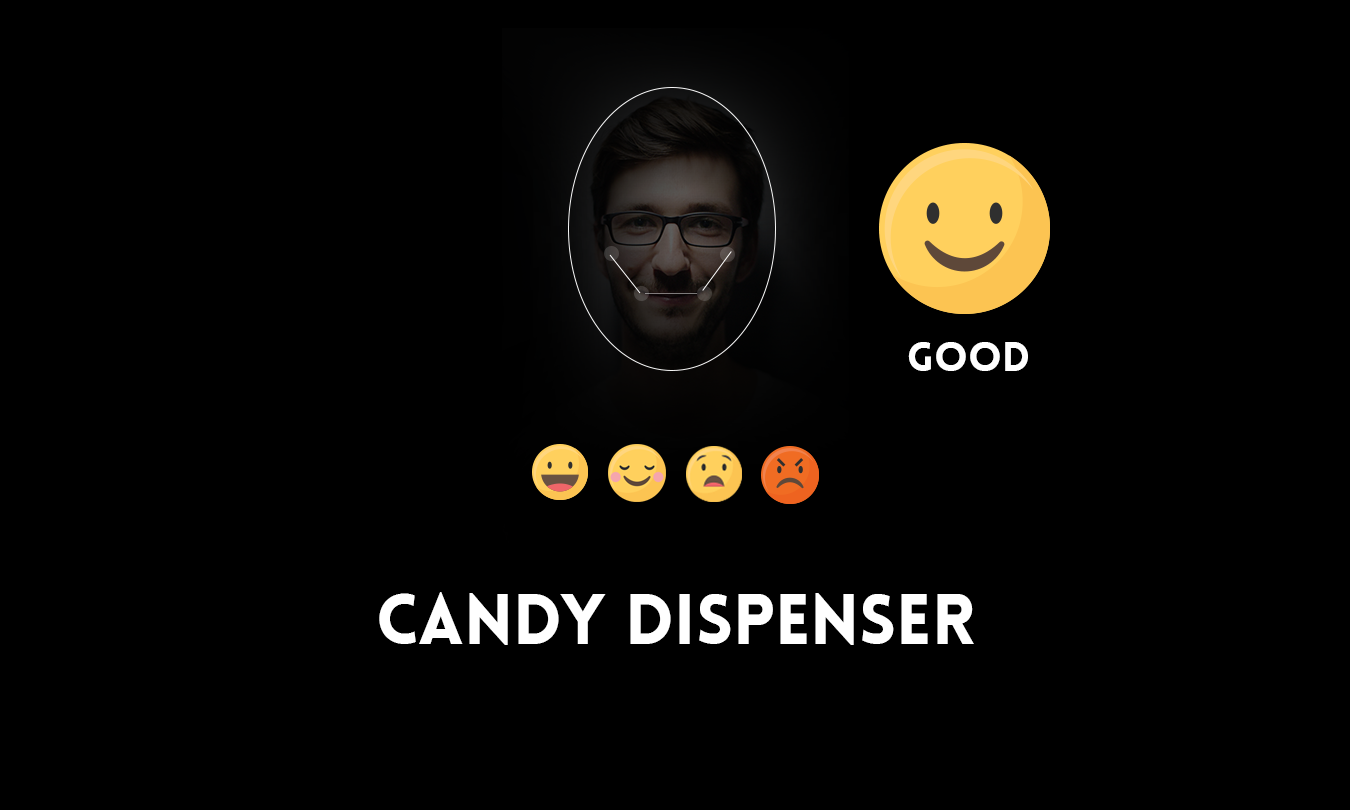 Artificial Intelligence is integrating mood-sensing as an intrinsic element of the product interface. Read all about this Candy dispenser that detects emotions to curate more intuitive experience. 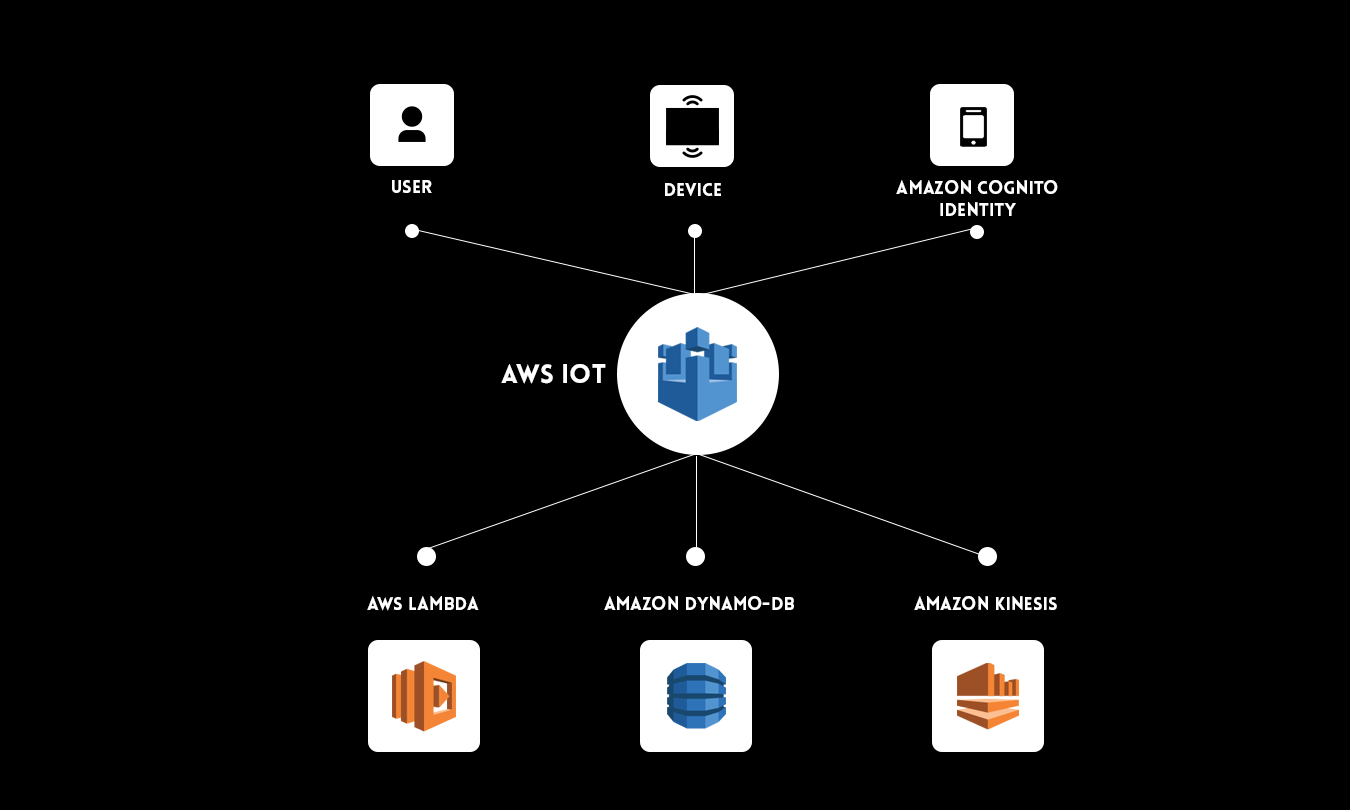 AWS Lambda is a compute service that lets you run code without provisioning or managing servers. AWS Lambda executes your code only when needed and scales automatically. 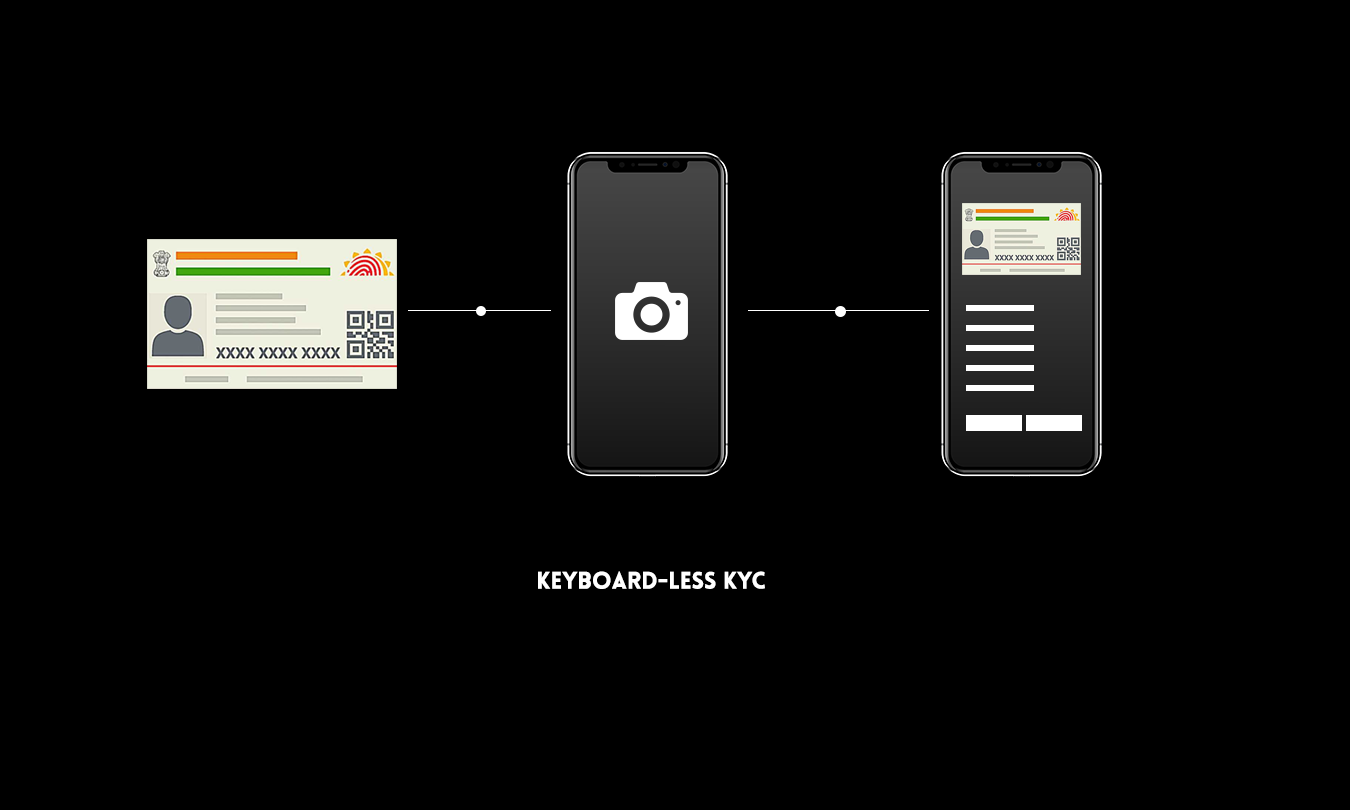 A simple but unique idea to extract the details useful for KYC just by taking the snap of your ADDHAR CARD. 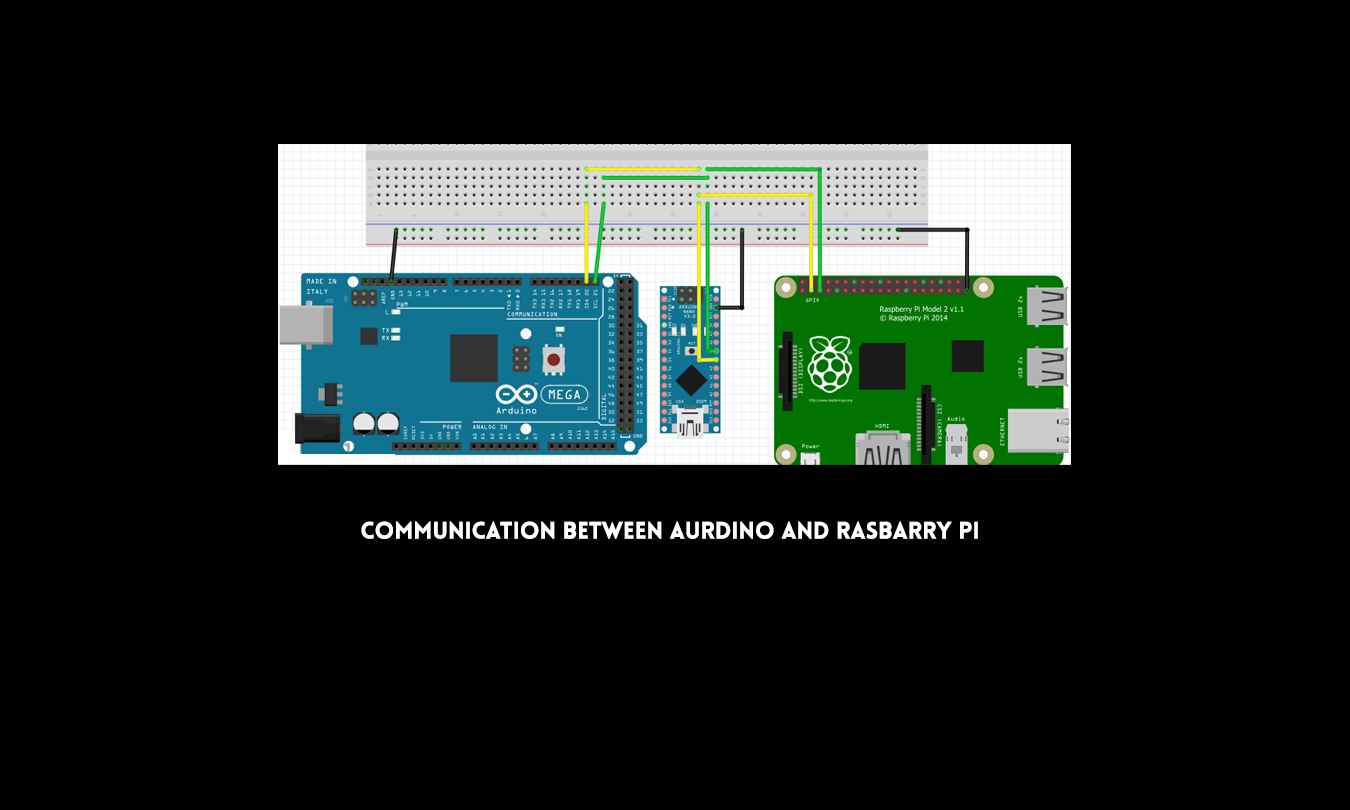 Briefing on making the Arduino and raspberry pi talking with each other using NRF24L01 wirelessly. 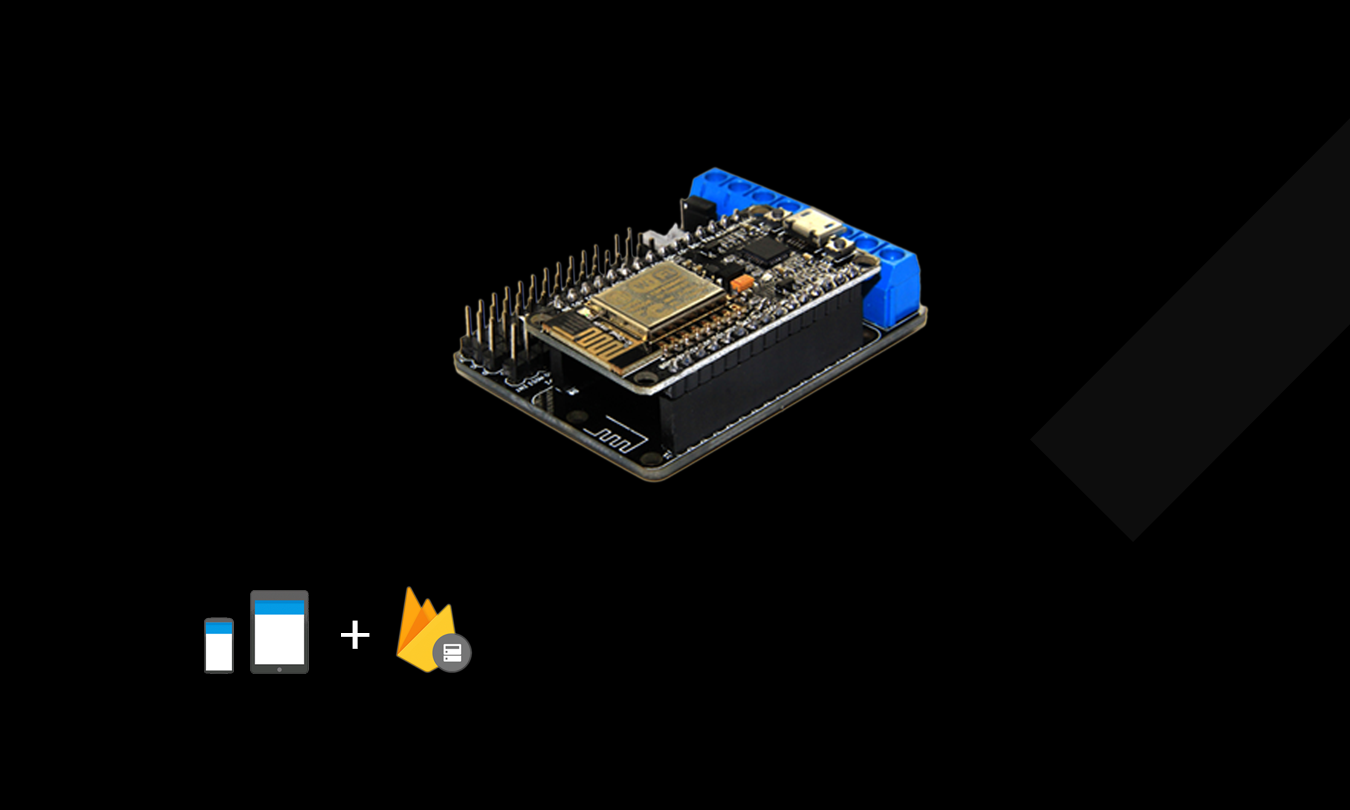 NODE-MCU(ESP8266) WITH MQTT AND FIREBASE

Node-MCU is a small compatible device that can work with MQTT protocol and Firebase usefull to make the Smart Home System. 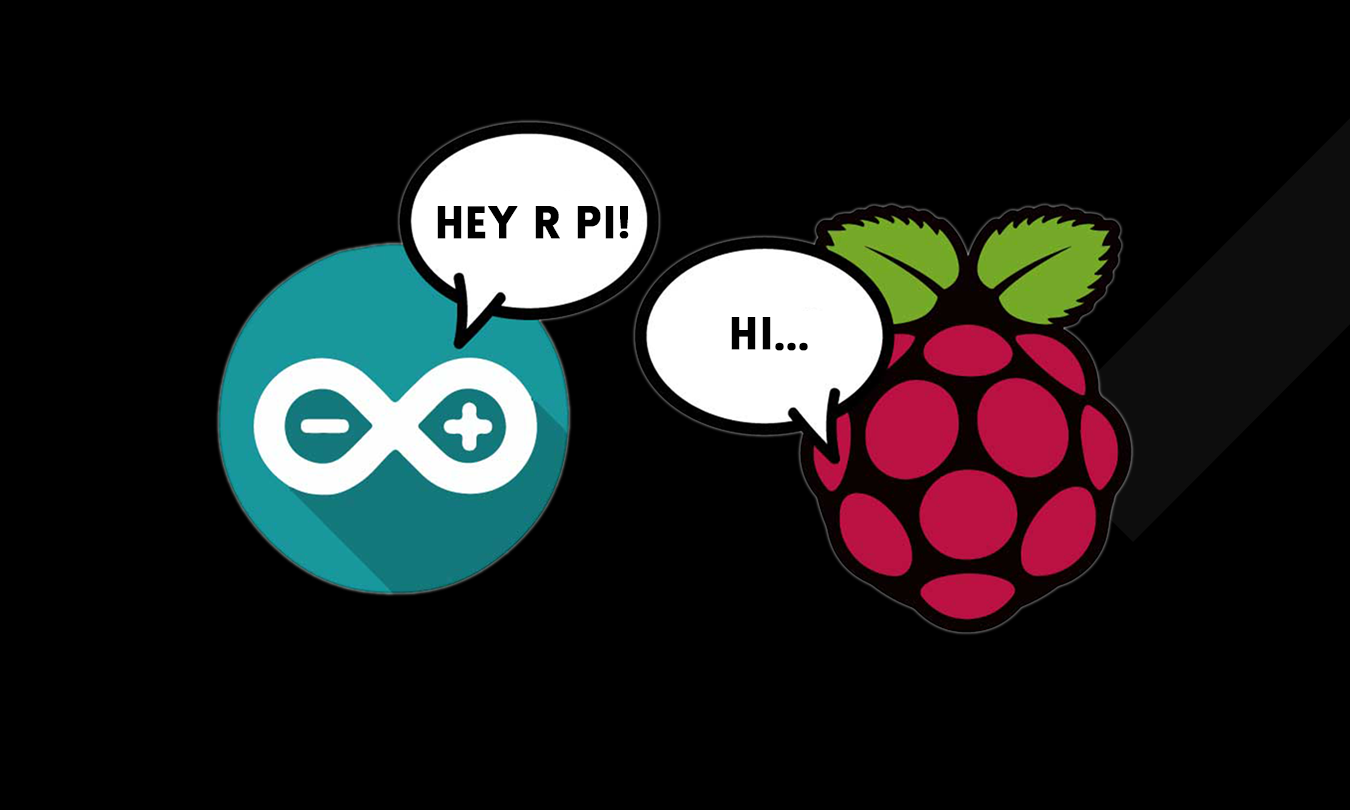 How To Make Communication Between Arduino And Raspberry...

Briefing on making the Arduino and raspberry pi talking with each other using NRF24L01 wirelessly.